The Nashville Stringy Band is Colin O’Brien, Mike Compton, Matt Combs and Todd Phillips. An acoustic super-group as entertaining as they are virtuosic. They play a high energy blend of Americana folk styles, a mix of Old Time, Blues, John Hartford songs and those penned by Colin O’Brien. The group is currently booking concerts and festivals for 2014. 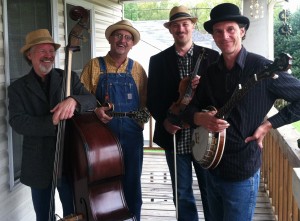 Todd Phillips, bass. Todd is a founding member of the original David Grisman Quintet and has two Grammy Awards. He was a member of the legendary Bluegrass Album Band and has played with Sam Bush, Tim O’Brien, Chris Thile, Joan Baez, Del McCoury and dozens more. “One of the most meticulous and musical artists of the new acoustic movement” -San Francisco Bay Guardian.

Mike Compton “A certified mandolin icon.” –Mandolin Magazine. Mike has played with Gregg Allman, Elvis Costello, Faith Hill, Ralph Stanley, Willie Nelson, Peter Rowan and John Hartford with whom he recorded and toured with extensively until Hartford’s death in 2001.  He is a Grammy award winner and has also been honored with a state resolution by the Mississippi state senate. Mike has recently released ‘Rotten Taters’ a compilation of traditional and original tunes.

Matt Combs, fiddle. Matt is one of Music City’s most in demand musicians and is regularly featured on the Grand Ol’ Opry. He’s played with John Hartford, Jerry Douglas, Charlie Daniels, Marty Stuart, Norman Blake, Doc Watson, etc. In 2011 he was nominated for a Grammy for his contributions to “Memories of John” a tribute to Mr. Hartford. Matt appears regularly on ABC’s ‘Nashville’.

Colin O’Brien banjo, guitar, fiddle and feet. His latest release ‘After A Song’ “…Bottles the lightning that was John Hartford’s engagingly off-center songwriting.” –The Nashville Scene. Colin also brings a rare performing style to the stage, often dancing foot percussion whilst singing and playing. “Colin O’Brien is a great entertainer.” -Tim O’Brien When not entertaining on the road, O’Brien may be found dancing in his front yard on the banks of the Cumberland River with his fiddle and banjo as the General Jackson steamboat rounds Hartford’s bend.

JUST AROUND THE BEND

No shows booked at the moment.

Welcome to my new website, thanks for swinging by!

Howdy folks! Well I finished my banjo songbook today! 10 new transcriptions of some great tunes! It will be published by Hal Leonard. I’ll keep you posted!

We’re all settled in our new home on the Cumberland river, just down river from John Hartfords old home! As you can see the traffic’s not so bad…… 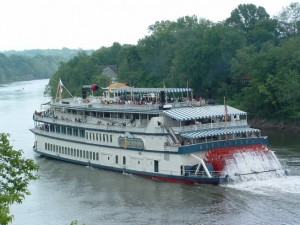